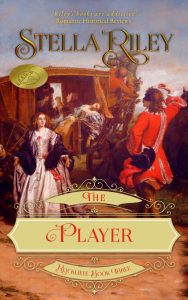 In the decade between, he has answered to many names and amassed a variety of secrets. Now the actor known to Paris as L’Inconnu must resume his real identity and become Francis Adrian Sinclair Devereux, Earl of Sarre … a man he no longer knows how to be and whose name, thanks to the malice of a friend turned enemy, remains tarnished by an old scandal.
Revenge, so long avoided, slithers temptingly from the shadows.
Grand-daughter of a wealthy wool-merchant, Caroline Maitland is not finding her Society debut either easy or enjoyable … but, to Marcus Sheringham, she is the perfect solution to his crushing mountain of debt. Knowing she will be married for her money, Caroline never believed she would find love; but neither did she bargain for a certain charming French highwayman … and a surprising turn of events.

The stage is set, the cast assembled and the Duke of Rockliffe waits for the curtain to rise.
In the wings, Lord Sarre prepares to make his entrance.
He doesn’t expect to be greeted with applause.

The Player is the sequel to The Parfit Knight and The Mésalliance .

‘Her use of language is spectacular and the characters are each unique.’

‘I fell in love with the hero, a man of many masks and hidden depths of character.’

‘Another fabulous read from this talented author.’

‘My word – Ms Riley can write! Her characters are always so compulsive that you cannot stop reading.’

‘This quality of writing is such a treasure – and is rare.’

‘A flowing, richly descriptive, and emotionally evocative narrative. Riley is an expert at bringing out the deepest emotions of her protagonists.’         (Readers Favorite) 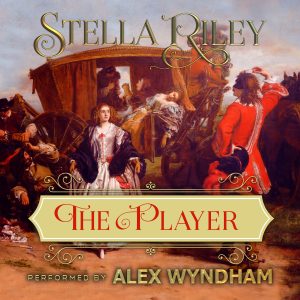 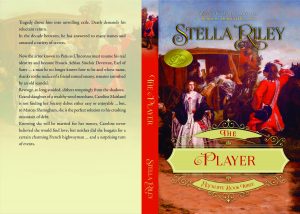