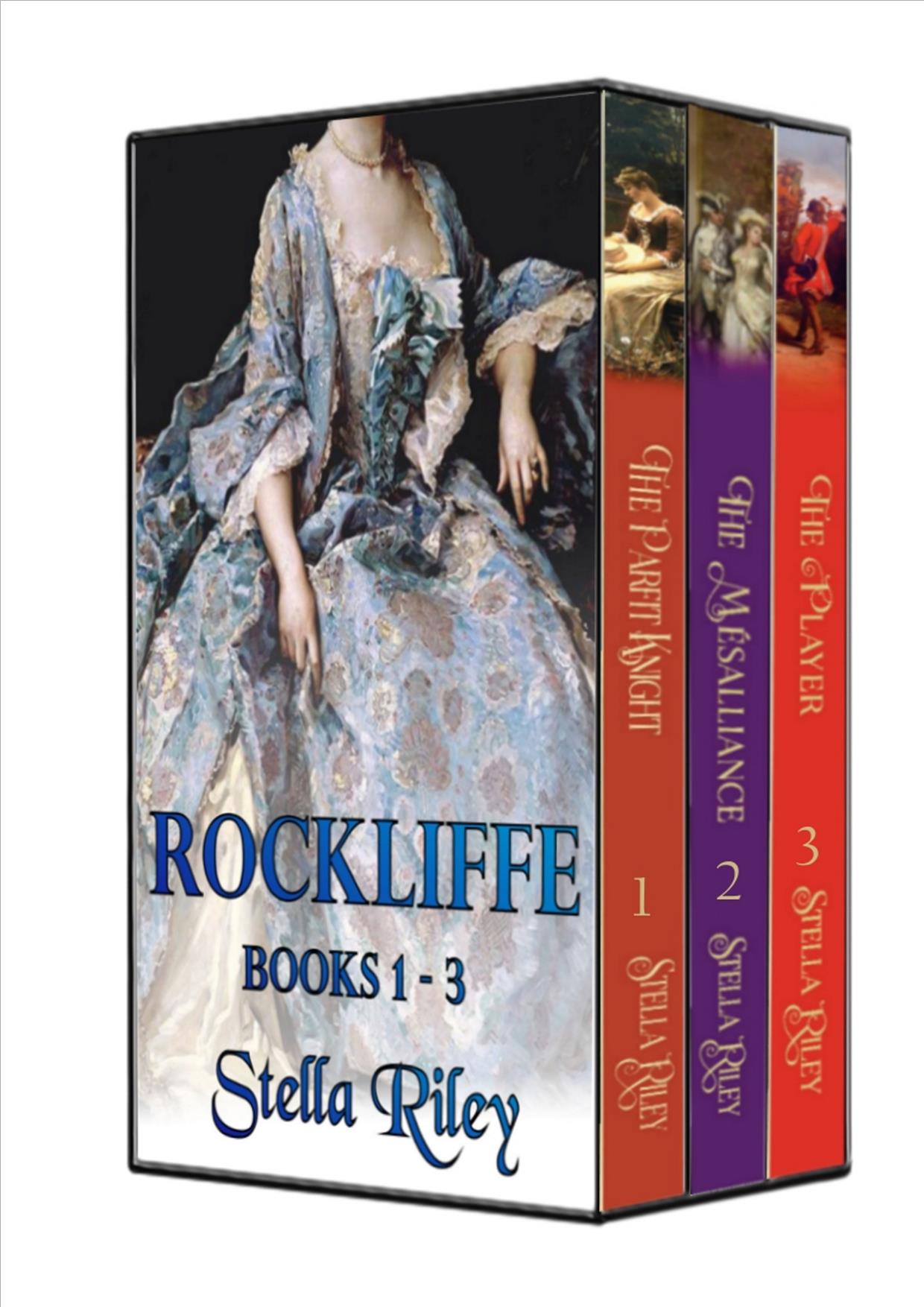 When the Marquis of Amberley’s coachman is shot by highwaymen, he is forced to take shelter at the first house he finds and is trapped there by a blizzard. Victim of a childhood accident, Rosalind Vernon lives alone but for her servants and an ill-mannered parrot.  But Rosalind is bright, brave and devoid of self-pity; qualities which, as the snow continues to fall, touch Amberley’s heart.  However, the course of his courtship is far from smooth and, worst of all, he is haunted by a dark secret which may turn all his hopes to dust.

At the house-party from hell, the Duke of Rockliffe meets Adeline Kendrick – acid-tongued and no more than passably good-looking, yet somehow alluring.  Worse still, she is cursed with utterly deplorable relatives.  As a duchess, therefore, Adeline is out of the question … until a bizarre turn of events cause Rockliffe to throw make what his world will call a mésalliance.

Tragedy drove him into exile. Death demands his return. Now the actor known to Paris as L’Inconnu must resume his real identity and become the Earl of Sarre … a man he no longer knows how to be and whose name remains tarnished by an old scandal.  Revenge, so long avoided, slithers temptingly from the shadows.

Grand-daughter of a wealthy merchant, Caroline Maitland never expected to find love … but neither did she bargain for a charming French highwayman.

The stage is set, the cast assembled and the Duke of Rockliffe waits for the curtain to rise. In the wings, Lord Sarre prepares to make his entrance.  He doesn’t expect to be greeted with applause.