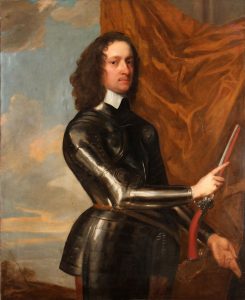 At the age of twenty, Edward Montagu was the youngest Colonel in the New Model Army. He fought in many of the major battles of the first Civil War and was raised to the rank of Major-General after the battle of Naseby in 1645. A member of the Protector’s Privy Council, he was one of Cromwell’s most loyal supporters – and he also served as an Admiral during the Anglo-French alliance of 1657-58.
Why am I skating over all this so quickly? Because the really interesting part is what happened after the death of Cromwell in 1658.
In February 1660, realising that the restoration of the monarchy was inevitable and joining forces with General Monck, Montagu entered into correspondence with Charles II. His old flagship, the Naseby, was renamed the Royal Charles, and his fleet sailed to the Netherlands to convey Charles II back to England. The royal party landed at Dover on 25 May.

For Charles II, rewarding loyal support when the treasury was all but empty and restoring lost lands virtually impossible, must have been a headache. He solved the problem by giving out titles and other inexpensive honours. General Monck, for example, would become the Duke of Albemarle. Henry Montagu was made a Knight of the Garter … and offered the title of either Earl of Portsmouth or Earl of Sandwich. Montagu (or perhaps the King) opted for the latter. It was to be, as you may already have realised, a far-reaching decision.
Montagu went on to lead a distinguished career as a diplomat, naval administrator and fighting admiral under Charles II. He was killed in action at the battle of Sole Bay in May 1672, going down with his flagship the Royal James which he refused to abandon. 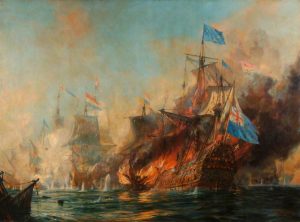 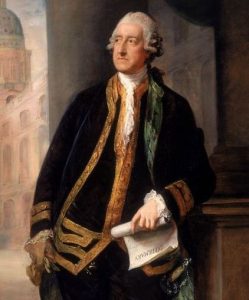 Having succeeded the 3rd Earl at the age of eleven, Lord Sandwich studied at Eton and Cambridge, and travelled abroad before taking his seat in the House of Lords in 1739. He served as Postmaster General and was also first Lord of the Admiralty twice. During his second term, critics accused him of taking bribes – but although he was frequently attacked for corruption, nothing seems to have been proved and there was no denying that his lordship worked long hours. However, during the American Revolutionary War (1776-81) he insisted upon keeping much of the British fleet close to home in case of a French attack – for which he was severely criticised and blamed for the loss of the American colonies. 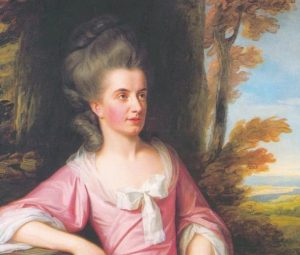 Sandwich loved classical music, especially Handel, and it was through music that he met his long-time mistress, Martha Ray (shown above) who had an excellent voice. She also bore him five children – and the pair lived together for seventeen years as man and wife. However, Martha wanted Sandwich to make a settlement on her and her children in the event of his death but he couldn’t afford to do so.  This may have caused Martha to briefly encourage the advances of James Hackman – who was utterly besotted with her and offering marriage. When she refused him, he shot her in the head – publicly, on the steps of Covent Garden in 1779. Hackman then tried to kill himself; he failed and was hanged at Tyburn. Lord Sandwich was left devastated by her loss.

His interest in naval affairs and his promotion of exploration led the English explorer Captain Cook to name the Sandwich Islands (Hawaii) after him in 1778. In his private life Sandwich was an enthusiastic gambler. The sandwich was named after him in 1762 when he asked to be brought meat between two slices of bread – though opinions differ as to whether this happened at the card-table or at the end of a long day at the Admiralty.

But only think … if the first Earl had chosen differently back in 1660, how would you feel about eating a ham-and-cheese portsmouth?

4 thoughts on “A TALE OF TWO EARLS”