A dangerous step-brother … a letter from a Venice …  a secret key … and London’s most fashionable portraitist.  Dark doings and deceptions surround an unexpected legacy … and an equally unexpected love story.

Available now for pre-order from Amazon, Kobo, Barnes & Noble and Apple. The Montesoro Legacy will be released on March 30th.

BRANDON BROTHERS are ON SALE from NOVEMBER 5th to 19th

Just one more week to grab this epic saga – HALF-PRICE at Amazon, Kobo, Barnes & Noble etc until August 31st. Check it out!

Within twenty minutes of bidding his friends good night and leaving the tavern, Adam Brandon became aware that he was being followed.  This was annoying on several counts. He had no idea who would go to the trouble of setting a tail on him or why they would since, just at the moment, he didn’t imagine he could be of any particular interest to anyone.  Admittedly, that wasn’t always true … but right now it was.  Then there was the possibility that this wasn’t the first time someone had dogged his steps; that it had happened before and he hadn’t noticed.  That pricked his pride.  He’d thought himself better than that.

He continued on his way without altering his pace. He considered luring the tail into a dark alley where he could be grabbed, pinned to a wall and questioned. It wouldn’t be very difficult.  On the other hand, it might be premature. There was a chance, however small, that he was merely being followed by the only footpad in Paris stupid enough to tackle an armed man for the sake of a few coins.  And that being so, the sensible course was to simply stroll onwards, taking a few sudden detours, to see if the fellow stuck with him.

He did … and was still there when Adam reached his lodgings on the Rue des Minimes. With a brief nod for the concierge, he ran swiftly upstairs to the nearest window and was just in time to see his follower raise a hand as if signalling to someone before melting into the shadows on the far side of the street.

Not a footpad, thought Adam with a sort of amused grimness. And not alone.  What, then?  And why?  What possible reason could anyone have for wanting to know my every move?  But whoever it is, they’re making a mistake because now I’ll have to do something about it.  And that’s just tiresome.

Want to know what happens next? Pre-order now from Amazon, B&N, Kobo or Apple and find out on March 27th.

I’m thrilled to announce that THE BLACK MADONNA (Roundheads & Cavaliers Book One) has been awarded a B.R.A.G. Medallion. Although this is my sixth such medallion it’s every bit as exciting as the first one!

“The Black Madonna is so fine a work that it bears comparison only to the very best of historical fiction.

Stella Riley has a commanding grasp of a complex and seldom detailed period of history and convincingly inserts intriguing characters into actual historical events. In Luciano del Santi she has created a fascinating and seductive character worthy of a series.”

Also from Kobo and Barnes & Noble.

Max Brandon made his debut in Cadenza (Rockliffe Book 6). Now he is receiving bills for services he never ordered and goods he did not buy.  (In 250 years’ time, this will be called identity theft – but, it not being among Mother Shipton’s many prophecies, Max doesn’t know that.)  What he does know is that he is going to catch the man responsible whatever the cost. This leads to a haphazard chase involving ruined abbeys, a hunt for hermits, a grotesque portrait … and a love story which, but for an odd trick of fate, might never have been given a second chance.

A TRICK OF FATE will be released on October 25th

Yes – really!
Here is what Hilary Rose had to say:-

Are you a Georgette Heyer fan? Are you sad that she’s unlikely to write another Regency romance, on account of her having died in 1974? Well, I have exciting news: Stella Riley’s The Parfit Knight; honestly, it’s as good as Georgette. I read all five books in the series back to back on the way to work and loved them all. I finished the last one while actually walking over London Bridge, because I couldn’t put it down. Read it now. Thank me later. 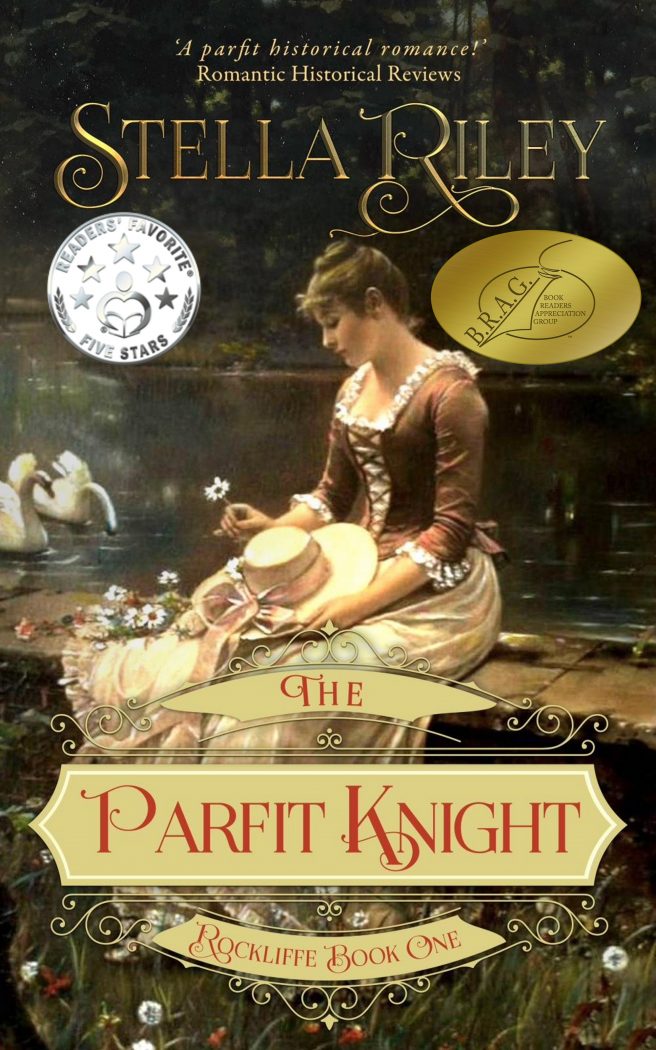 Wow! I certainly never expected this!

I’m delighted to announce that THE  MARIGOLD  CHAIN
has been awarded a B.R.A.G. Medallion. 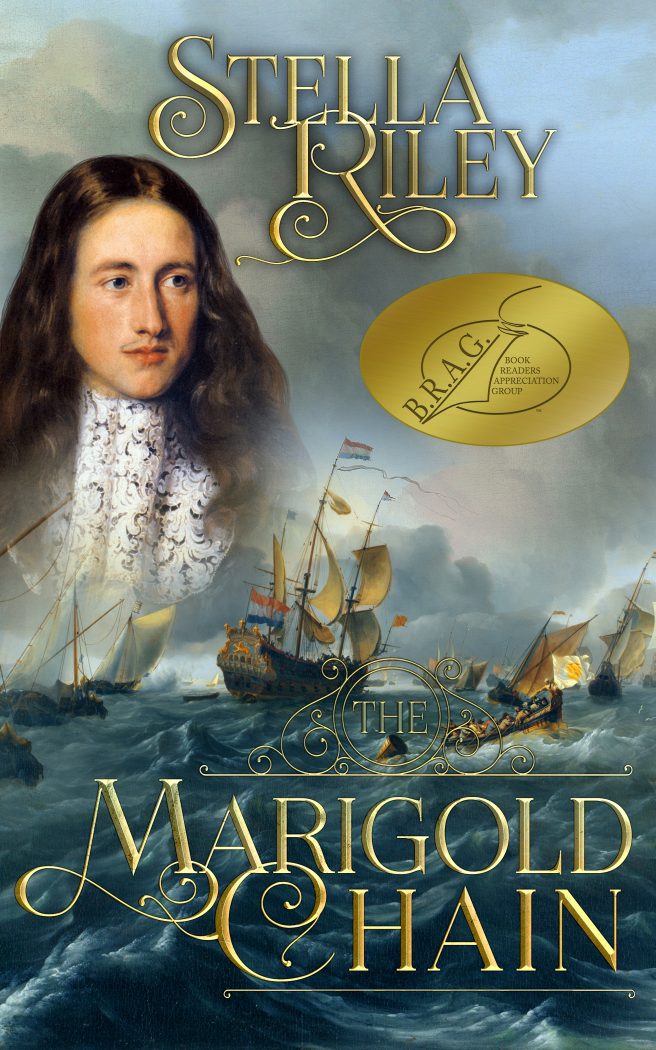 B.R.A.G. stands for Book Readers Appreciation Group and of the titles submitted to it for consideration, only 20-25% achieve a medallion.  The Marigold Chain now joins  A Splendid Defiance in gaining this honour.

“A very enjoyable read. The writer has a talent that makes even a complicated historical story with many characters smooth reading. I definitely recommend this book and look forward to more from this author.”

THE PLAYER (Rockliffe #3)
has earned a 5 star Readers’ Favourite Award. 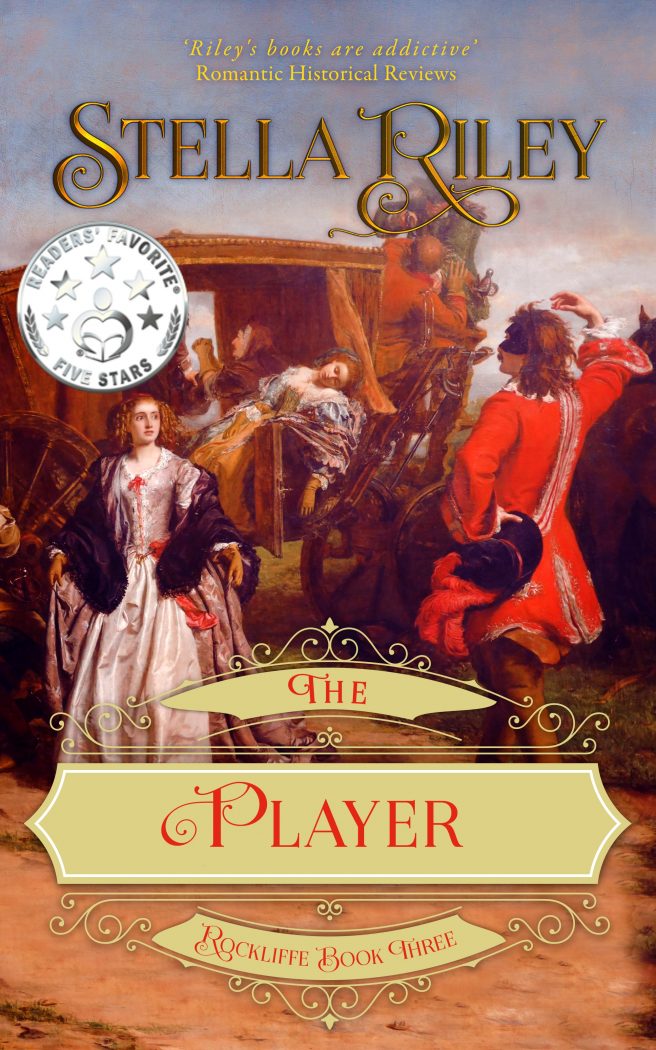 “An incredible, page turning historical romance, The Player held me captive until I had finished the last page. I found it difficult to put down; and when I did, it called me to go back to the stage set by Stella Riley and wait for the curtain to rise.”

Available as ebook and paperback from Amazon, Barnes & Noble, Kobo and Smashwords.  Also in audio from Amazon and Audible.